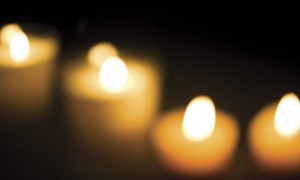 Religious Studies is an interdisciplinary field of inquiry which investigates the religious traditions of humans, in all their historical, cultural, and doctrinal complexity. Rather than teaching a religion from the standpoint of a believer, Religious Studies approaches these complicated traditions of beliefs and practices in the same way as a political theorist regards systems of governance or a literary critic reads canonical literature: that is, we do not attempt to assess the “truth” or the merits of particular religions, but instead seek to understand how they have come about, what they are made of, what their practitioners do, and how they affect culture and society.

NC State courses in Religious Studies provide students with the opportunity to study the history, texts, and practices of well-known religions (Hinduism, Buddhism, Judaism, Christianity, and Islam, for example), as well as those which are lesser known (e.g., Vodou or Wicca). Our faculty strive to help students develop a variety of methods for understanding and interpreting these traditions, focusing on historical studies (the narrative of a particular tradition or geographic territory), textual studies (oriented towards a particular body of sacred texts or towards a specific theme), and critical/theoretical studies (which investigate broad comparative or analytical questions on, for example, the meanings of ritual, the role of gender, or the relationship between politics and religions).

Religious Studies majors often tend to register higher scores on objective tests such as the GRE and LSAT, and the major provides an excellent preparation for graduate school in the humanities, as well as for any field that requires critical and constructive thinking. Religious Studies majors will be particularly well prepared for careers in law, business, public and political service, and education. The Religious Studies program will also effectively prepare students for advanced study in the discipline or related fields on the graduate level, and for professional seminary and divinity school study. The degree is also especially well suited for those students seeking a broad-based liberal arts degree or simply a general education.

“If I went back to college today, I think I would probably major in comparative religion, because that’s how integrated it is in everything we are working on and deciding and thinking about in life today.”  John Kerry, U.S. Secretary of State 2013-2017