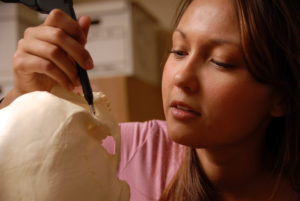 Anthropology is the study of human behavior, an exploration of what it means to be human that ranges from the study of culture and social relations, to human biology and evolution, to languages, to music, art and architecture, and to vestiges of human habitation.  It embraces four broad fields: cultural anthropology, linguistics, physical anthropology and archaeology.

The major provides training particularly well-suited to twenty-first century job markets, with economies that are increasingly international, workforces that are increasingly multicultural, and with participatory management and decision-making styles becoming ever more the norm. Anthropologists engage in academic, corporate, nonprofit, or government work both in the US and abroad.

Please view this presentation about the major and department.